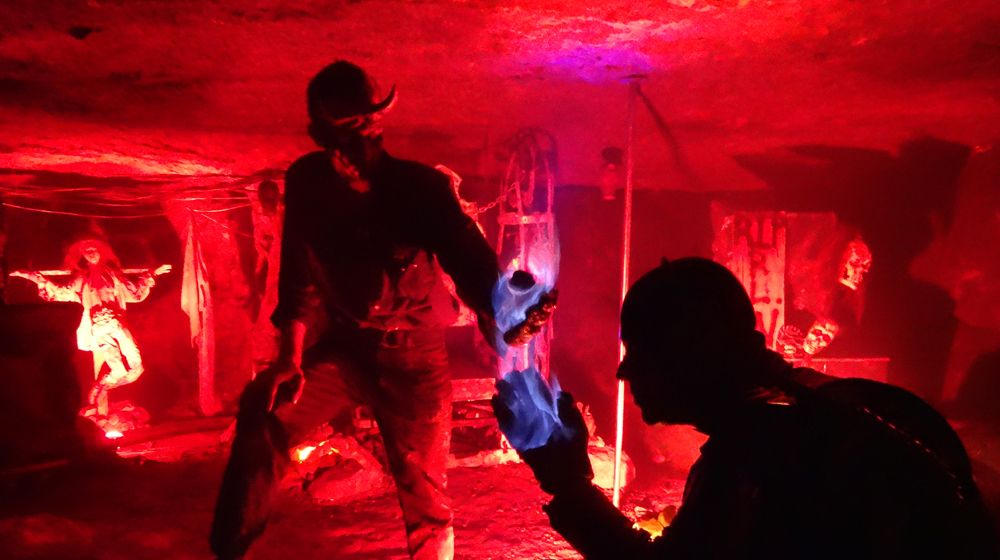 I have read many reviews about this place and was genuinely excited to venture underground for one of the longest haunted attractions in the U.S. Boy, were those reviews wrong.

First off, let me just say that the line for this place was terrible. Located conveniently next to the disgusting port-a-shitters, it wrapped around into the muddy parking lot, and into a slippery cave. While we were standing in line, we were told by a clown that we were going to be touched by the monsters and there was no option to avoid the unwanted contact.

After our encounter with the illusive cave clown, we made our way onto a rickety bridge in a pitch black room. Once my eyes adjusted, I quickly realized that the bridge was actually over water. I felt about as safe on this bridge as I would drinking at Camp Crystal Lake.

When we finally got off the death bridge, we were met with rooms filled with random, and I mean random, monsters and scenery. There was no rhyme or reason to any of the rooms and the monsters were rude. One of them screaming at a member of our group for laughing at the stupidity of the entire haunt. Imagine a Spirit Halloween filled with self-entitled asshats. If the random modge podge of shit wasn’t enough, we were thrown into not one, but two different poorly designed mazes, where we met some wonderfully drunk individuals that were having the time of their lives. (Thanks for the punch in the face, btw.)

This haunt was by far the worst one I have ever been to in my entire life. If there had been an exit, I would have taken it with the quickness. There were no redeemable qualities to this event that seemed to have such potential. So to the owners of the Lewisburg Haunted Cave, take that money you get from your customers, hide the mechanics to the fake monsters, and put it back into the haunt. Until then, you will NOT see me back again. 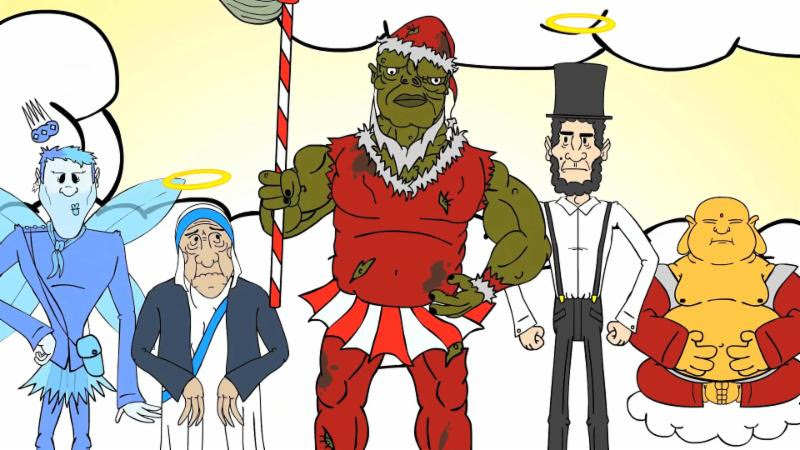