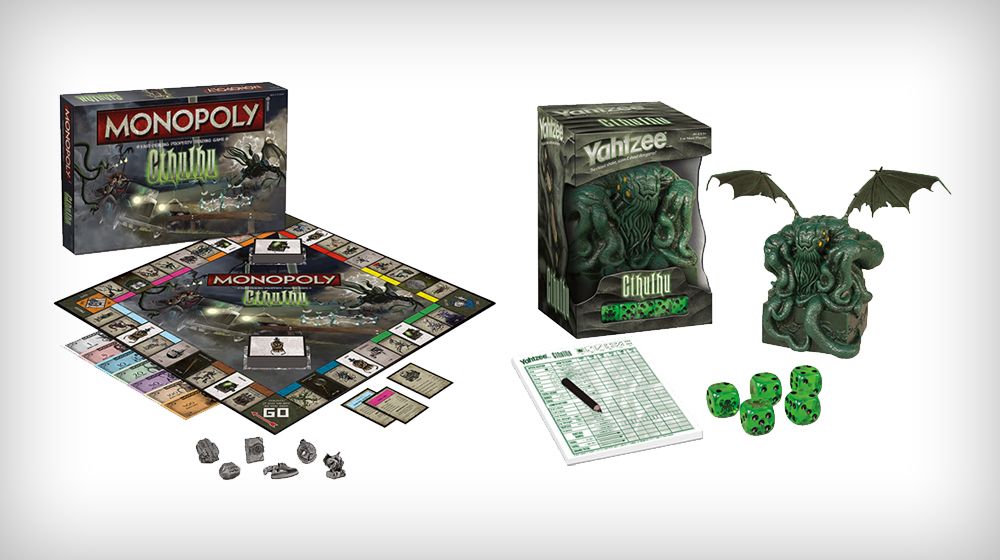 Time to sacrifice your old board games and invite the Great Old One into your home. Cthulhu has risen from R’lyeh and plans to take control of your family game night. Entertainment Earth has released two exclusive Cthulhu collector’s editions of Monopoly and Yahtzee.

The board design looks great. It would be nice if the corner spot graphics were tailored to match the theme a bit more, but I believe that those spots are sacred and never really change. Other than that, every other element seems to be spot on.

The six different player tokens include the Necronomicon, a Cultist’s tablet, The Shining Trapezohedron, The Hound Amulet, Dagon dagger, and yes, a Cthulhu statuette. 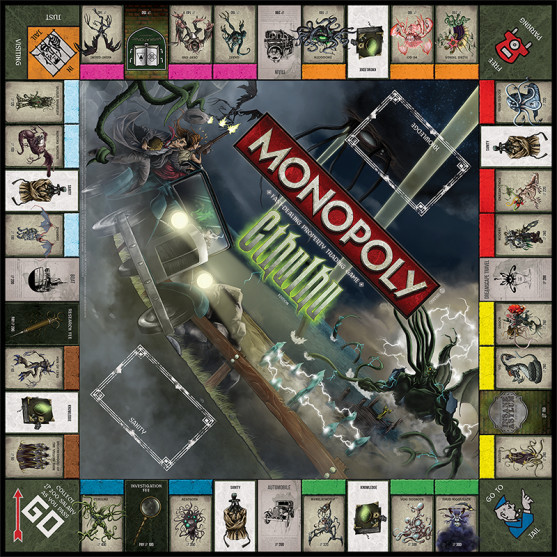 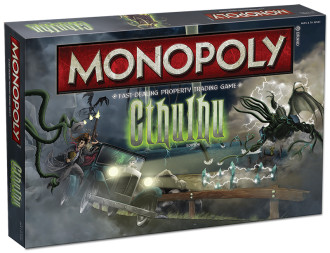 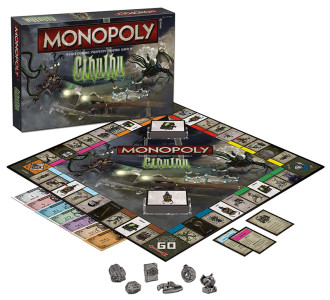 The green dice are cool, but holy shit that Cthulhu dice cup looks amazing! I’m not the biggest Yahtzee fan in the world, but I may have to pick this up just to have the dice cup. The score card paper is about what you would expect, but it would have been sweet if the paper was bounded inside of a Necronomicon book cover. 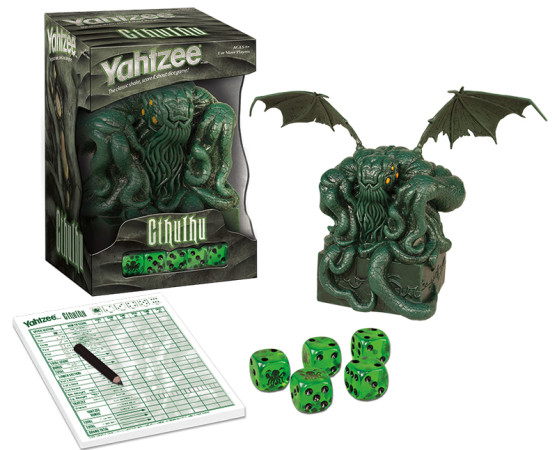 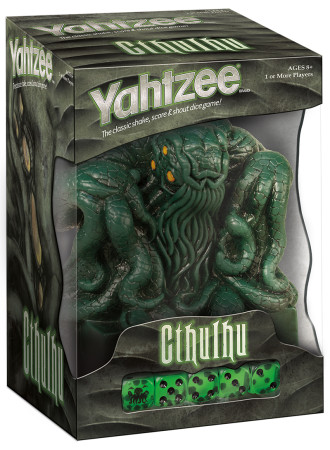 Hasbro, if you’re listening, the design of both games are great, but they could be better. Feel free to hire me as a Lovecraft design consultant. With that said, take my money! 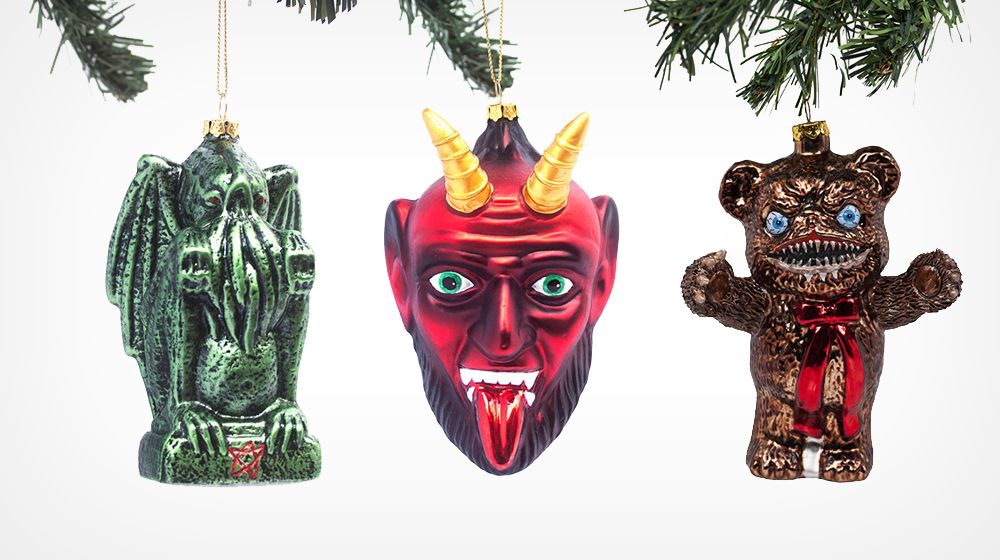 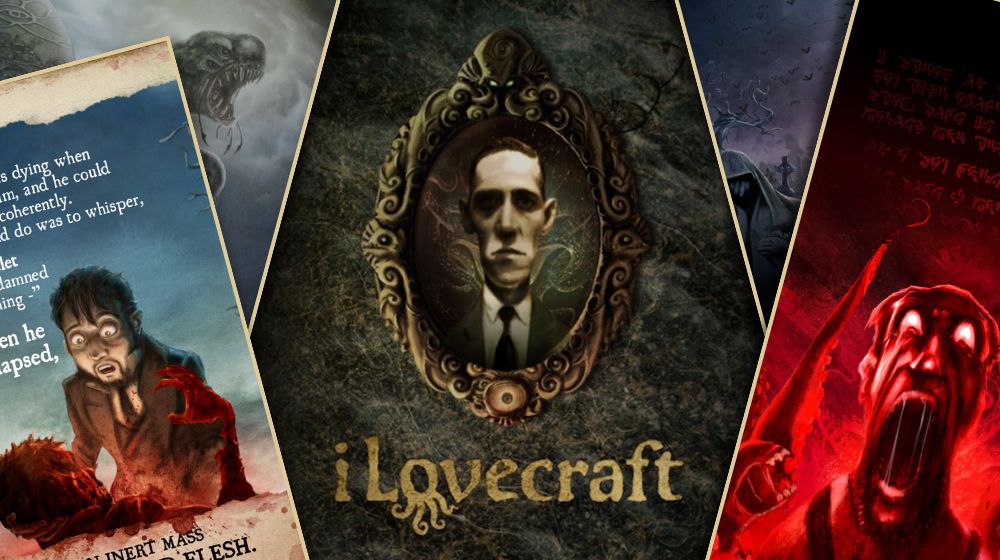